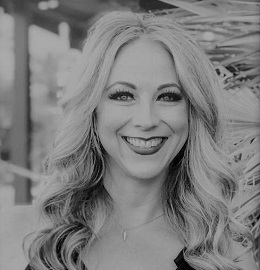 Teresa has been involved with high school dance teams in the state of Washington for the last 20 years. She began her involvement as a judge for WIAA dance/drill competitions for 7 years including judging at State each year. Teresa began coaching in 2011 as the Assistant Coach of the Kentwood High School Dance Team alongside Head Coach, Julie Holmberg. She continued coaching for 6 years until 2017 when her oldest daughter, Jordyn, graduated. Also during that time frame, she began a retail dancewear store, DanceTrendz and worked with many teams, helping with costuming and team dancewear orders. After selling her interest in DanceTrendz in 2016 and retiring from coaching at Kentwood, she took a hiatus from involvement with dance teams with the exception of some occasional consulting, cleaning and assisting with choreography. During this time, Teresa devoted her time to helping her husband, Terrance, with bookkeeping for his law firm, and her 2 younger daughters who are heavily involved in competitive dance and AAU basketball as well as her oldest daughter who danced for San Diego State University. She has felt a longing toward further involvement in dance.  The perfect timing and perfect business venture mixed to create this amazing opportunity to make an impact in the dance world.

Teresa’s involvement with Elite Performance Dance Camps began when she was coaching. She brought her team to Elite each year and she says it was always the teams' favorite highlight each summer. Her daughter loved Elite so much that she continued after graduation as an Intern for 2 years and has been an instructor at Elite for the past 2 years. Teresa has attended and taught coaches sessions, worked in recruitment, observed camp as a proud mom, and visited camp to watch alumni teach. She feels that her experience with many aspects of high school and middle school dance teams as well as being highly involved with Elite for many years will benefit them.  Teresa is excited to be partnering with Tiffany Brooks, and begin their journey as the proud new owners of Elite Performance Dance Camps!

Your experience on this site will be improved by allowing cookies.

Note: if you enter in the words, it'll automatically generate results, or if you press enter key on the keyboard, you'll go to an overview search result page!