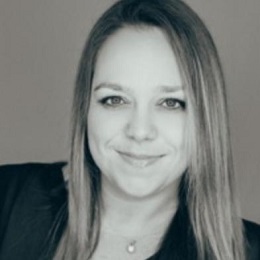 Tiffany Brooks is currently the Co-Director of Allegro's Precision Dance Company, Co-Founder and Director of P.U.R.E. Hip Hop and is head Jazz Department Chair at Allegro Performing Arts Academy. She has trained and continues to train in various styles of dance since she was eight years old. Tiffany continues her training by attending the Dance Teacher Summit, The Pulse Teacher Conference, she attends all the top dance conventions and is also certified by the Dance Educators of America. She taught her first class at the age of 13yrs old and has been teaching ever since!  As a teenager, she trained at Westlake Dance Center and other local studios. She was in the hip hop groups ‘In Effect’, ‘Cruz Control’, and ‘Potion’. She performed in many live shows; ‘Sign of the Times’, ‘Dance This’, ‘En'Lair’, ‘Battle of Seattle’ and was part of WDC’s performing group for 6 years. She has won numerous scholarships and high score awards from L.A. Underground, Edge Performing Arts Center, Tremaine, CoDance, and Encore during her years as a competitive dancer

Tiffany’s choreographic experience is extensive and diverse. She has choreographed for the Miss Auburn Pageant, V.H. Production’s National Showcase 2K4, Auburn Mountain View’s production of “Drowsy Chaperone”, Battle of Seattle, World of Dance, Sign of the Times, many local high school dance teams, and the nationally-ranked Allegro Precision Dance Company. She has coached dance teams for over 7 years for schools such as, Auburn High School and Thomas Jefferson. Tiffany has also been an instructor for many years at Elite Performance Camps, as well as, runs a dance team intensive at Allegro Performing Arts Academy. She has won many choreography awards over the years including the prestigious Choreographer’s Pick at PULSE on Tour and recently a national award at Velocity Dance Convention’s national competition.

Many of Tiffany’s students have gone on to dance professionally in L.A., Guam, India, NYC, and for major cruise lines. Her students have been on Abby’s Ultimate Dance Challenge, worked with the PULSE on tour, Billy Elliott in London, 5th Ave in Seattle, Disney, and are often seen assisting/working with various choreographers such as; Tessandra Chavez, Brian Friedman, Ian Eastwood, Kylie Hanagami and Mia Michaels just to name a few. Using her networking abilities and connections with many influential choreographers, teachers, and talent agencies, Tiffany is committed to helping upcoming dancers launch into the professional world of entertainment. Tiffany loves to share her passion, knowledge, and enthusiasm of dance to anyone that is open to learning!

Your experience on this site will be improved by allowing cookies.

Note: if you enter in the words, it'll automatically generate results, or if you press enter key on the keyboard, you'll go to an overview search result page!